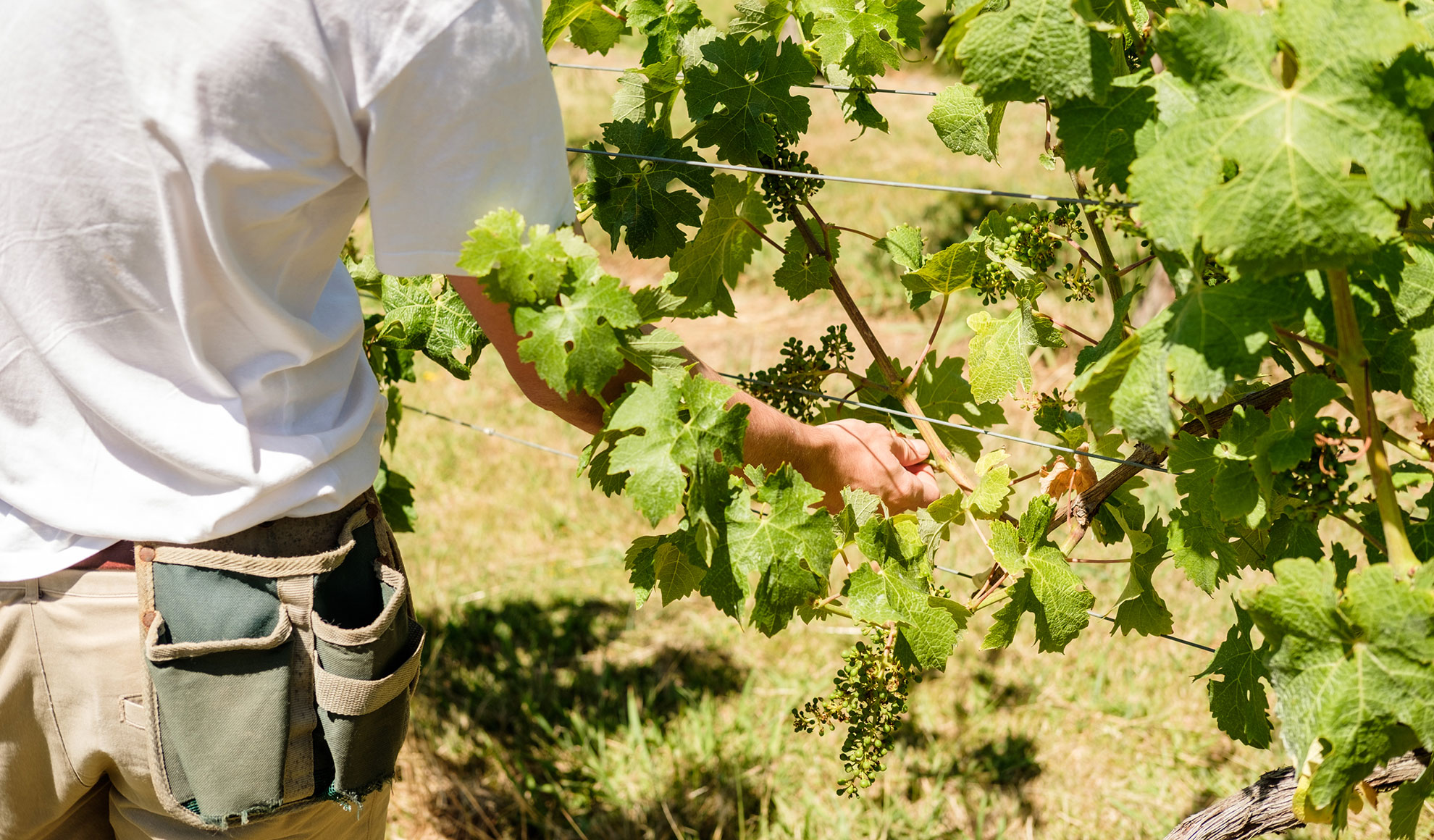 What is a Bordeaux-Style Blend?

To understand what a Bordeaux-style blend is, we must first understand a little bit more about the Bordeaux region and its wine tradition.

Bordeaux is a beautiful region on the west coast of France. You’ve probably heard the name and its association with fine wine. That’s because the region’s climate and soil are ideal for growing wine grapes.

Like many other famous regions, such as Chianti or Champagne, the wine itself has less to do with one particular grape, but rather the unique regional tradition in which the wine is made.

Bordeaux wines are made from a specific blend of grapes, with Cabernet Sauvignon and Merlot being the dominant grape varietals. Cabernet Franc also often makes an appearance, with lesser amounts of Petit Verdot, Malbec and occasionally Carménère. You can also get a white Bordeaux, which is a blend of Sauvignon Blanc, Sémillon and Muscadelle. Sauternes, made from the same white varieties is a world-renowned dessert wine.

Even within the Bordeaux region, there are variations in the wine blend. Bordeaux is divided in two by a river estuary called the Gironde, which creates two distinct areas: the left bank, and the right bank. Each lends itself to the cultivation of one particular grape over the other. As a result, vintners on each bank have historically ended up blending their wines differently.

Those on the ‘left’ bank created wines with Cabernet Sauvignon as the dominant grape, as the soil and climate of this side of the river helped to reliably ripen this thick-skinned grape. This was then blended with lesser amounts of Merlot, Cabernet Franc, Malbec and Petit Verdot. Cabernet Sauvignon is less successful on the other side of the river, so vintners on the ‘right’ bank blended their wines with Merlot as the dominant grape, often blended with a Cabernet Franc.

Even with these variations in blends, a Bordeaux wine is characterised as a medium to full-bodied wine, with rich plum, blackcurrant, savoury, and earthy notes, as well as firm tannins that give the wine a rich texture.

And, because high quality wines from both Cabernet Sauvignon and Merlot grapes have the potential to age well, increasing in complexity of flavour and aroma, and becoming more rounded as they age, Bordeaux blends are often sought-after collector’s items.

Bordeaux blends around the world

Because of strict regulations, only wines produced in Bordeaux that use grapes grown in Bordeaux can be classified as a ‘Bordeaux’ or ‘Bordeaux blend’. However, the Bordeaux grape varieties grow well around the world, so wine producers globally produce wines with these grapes in the style of a Bordeaux wine – calling them a ‘Bordeaux-style’ blend.

In the same way that there are unique differences in the wines produced in Bordeaux, Bordeaux-style blends around the world each bring their own characteristics to the style. These unique characteristics often come from differences in climate, soil, or vineyard practices and is often referred to as a sense of place, or ‘terroir’.

While there’s room for vintners to experiment with the blend, for it to be a true Bordeaux-style blend the wine must be made primarily from Merlot and Cabernet Sauvignon grapes. This gives vintners around the world the opportunity to use the Bordeaux grape varieties that grow best in their region, while still producing a quality wine that has the same qualities and flavour profile as a true Bordeaux.

New Zealand has many areas where Bordeaux grape varieties thrive. Cabernet Sauvignon especially requires heat to ripen fully, but they don’t like it too hot. This is why areas like Waiheke Island and the Hawke’s Bay are perfect for creating Bordeaux-style blends. They offer plenty of sunshine and warm days, tempered by close proximity to the ocean, so it doesn’t get too hot.

In fact, the climate on Waiheke Island is similar to that in Bordeaux, France. They both have maritime climates, influenced by their proximity to the ocean, which acts as an insulator – it doesn’t get too hot, or to cold, and allows for a long growing season in which grapes can slowly ripen, giving full flavour while retaining freshness.

Te Motu’s vineyard lies in the heart of Waiheke Island’s Onetangi Valley, where it is sheltered from the north by the ridge which guards Onetangi’s famous beach, and from the west by the massive rocky outcrop known as Stonyridge. This helps create the perfect slow-ripening environment that gives these wines their unique flavour and complexity.

At Te Motu, our vision is to master age-worthy Bordeaux-style wines, while showcasing the unique terroir of our sheltered slice of Onetangi Valley. Our flagship wine, Te Motu, is comprised predominantly from a blend of Cabernet Sauvignon and Merlot grapes, with Cabernet Franc and occasionally Malbec and Carménère. Our first vines were planted back in 1989 and our first vintage was produced four years later.

Next time you’re looking to enjoy a rich, red Bordeaux, don’t limit your search to the Bordeaux region – you’ll find some amazing Bordeaux style blends in your own backyard. You could even visit a winery that creates wines in the Bordeaux style to develop an even greater appreciation for these delectable wines, then take some home to age and enjoy over the coming years.

Please confirm your age below to view our site.